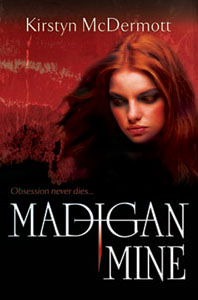 I don’t generally acknowledge or point out a lot of reviews of my work, both because it is generally considered a tad gauche to Respond To Criticism — especially if the criticism is bad — and because I think it places undue pressure on reviewers and critics — even if the criticism is good. Reviewers shouldn’t have to worry about the author looking over their shoulder, although I’m sure most of them have this possibility in their back of their minds when they’re talking about a work. I know I’ve been hyper-aware of it ever since I started The Writer and the Critic podcast. I try not to think about it while we’re recording — or else I would probably say nothing at all! — but I do have stabs of guilt afterwards if I’ve been particularly hard on a novel. Particularly if I know the author. It is a difficult line to tread but a necessary one. And authors need to be able to separate themselves from their work, an even more difficult task!

Anyway. The above tangent is by way of saying, I found this brilliant review of Madigan Mine the other day. (Or Google found it for me. Whatever.)  Tansy Rayner Roberts read my novel as part of the Australian Women Writers Challenge and — spoilers — she liked it very much. But what I loved about this review was this paragraph:

Kirstyn McDermott has done something very clever here, making a male character into the ‘haunted woman’ prototype often seen in gothic fiction.  She has also, in Madigan, created a marvellous monster who wreaks destruction as much when she is alive and human than when she is a ghost, or a figment, or an obsession, of the protagonist.

This echoes some things Tansy said about the book on a recent episode of Galactic Suburbia, and she remains the only reviewer I’ve come across who seemed to really get this particular aspect of Madigan Mine. Interestingly, I have had a couple of people comment in person that they found the protagonist, Alex, to be somewhat feminine — except that when these impressions are teased out through further discussion, they admit that, actually, they simply found him to be very passive. Which he absolutely is, deliberately so. An inversion of a traditional Gothic heroine archetype.

This was one of the themes I was exploring in this book, which is why it tickled me no end to see Tansy talking about it. As well as a lot of other crunchy stuff about the horror genre in general and how it’s much more complex and variegated than it’s generally given credit for. It really made my day!

2 thoughts on “A Thoughtful Review of Madigan Mine”